With guttural, long-note saxophone lines, ambient electronics, shattering guitar licks and primordial drums, Bog Bodies delve into deep time to carve sonic abstractions across their self-titled new album. Bringing together their combined experiences playing with the likes of Manuel Göttsching, Luke Temple and Ghostpoet, Bog Bodiesis a searching inquiry into the mythologies and magical undercurrents that knit together our existence in the information age.
Navigating the “liminal territory between noise and signal, chaos and control, form and abstraction,” Robert Stillman (saxophone / clarinet), Anders Holst (guitar) and Seán Carpio(drums/guitar/vocals) recorded and mixed the album on an 8-track cassette machine in February2019.
Bog Bodies opens with a leftfield homage toSuperman III, exploring the mythical qualities of technology through a series of angular horn lines that dissolve into the mire of feedback noise on the album’s raking, anthemic title track. Reverberating in tectonic sheets of sound on ‘One That Is Reflected In The Image Becomes All’ and the devotional ‘Open Arms’,Bog Bodies reaches its climax on the 11-minute ‘Cave Painting 2019’-a subterranean epic of mystic force, drawn up from the earth in sweeping drones.“
Our creative process is rooted in improvisation and recording,” Stillman explains. “Rather than using the recorded medium to capture and freeze an authentic representation of the ‘live’ moment, it becomes the basis of further composition through overdubs, editing, sound processing, and mixing.”
Despite coming from different musical worlds, Stillman, Holst and Carpio bring a shared fascination with texture to the group, taking inspiration from a wide palette that includes James Blood Ulmer, Sunn O))), Archie Shepp, and Joanna Brouke. Stillman’s juxtaposition of archaic and contemporary jazz and folk themes shines through on solo albums for Orindal Records, and in collaboration with the likes of David Okumu and The Smile (Radiohead’s Thom Yorke and  Jonny Greenwod, and Sons of Kemet’s Tom Skinner). As a multi-instrumentalist, Carpio has brought his interest in song and improvisation to art institutions such as the Mattress Factory Art Museum in Pittsburgh and the Serpentine GalleryLondon, while Anders Holst’s work at the forefront of Danish contemporary music pushes the guitar to the limit on recordings with Mads Emil Nielsen and Manuel Göttsching.Formed in 2015, Bog Bodies have since released the critically acclaimed Sligo album with experimental film artist Benjamin Rowley and toured around the UK and Europe.

They find a fitting

home of MIC Records, where the industrial and the improvised come together on albums by LAPS, Kolida Babo and Tvii Son 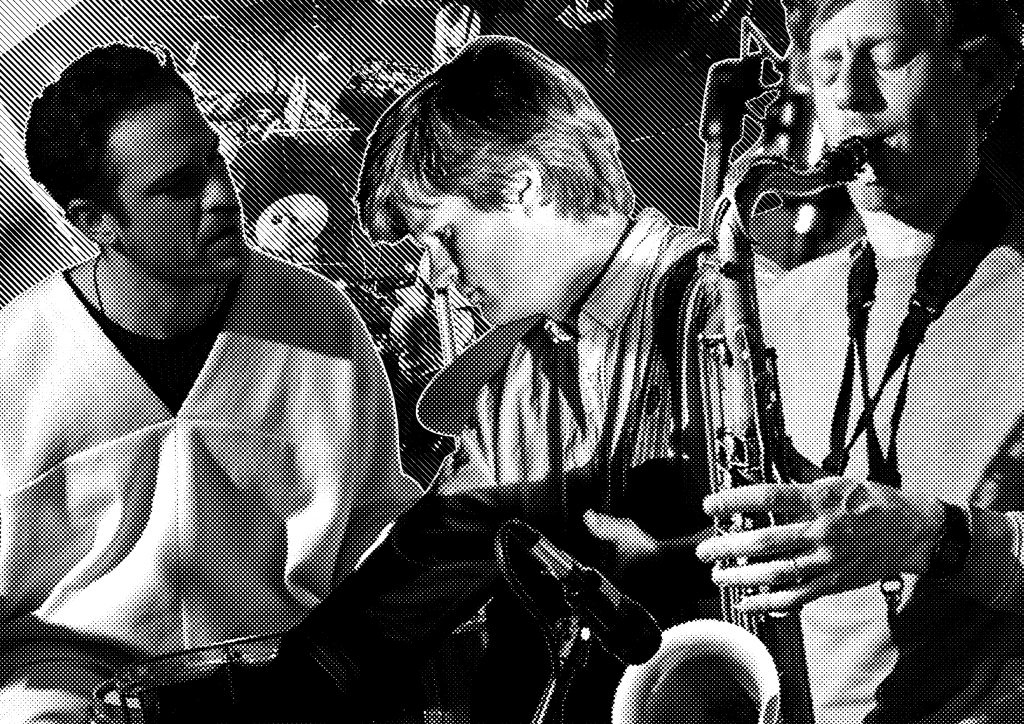 Robert Stillman is a composer and multi-instrumentalist from the northeast United States. His music juxtaposes the archaic with the futuristic, incorporating influences of Folk Americana, Jazz, Minimalism, and experimental electronic music to create a sound described by the Guardian as “lending an avant-garde shimmer to pre-modern American sounds.” He has released eight albums of his own work, the most recent of which, Rainbow (Orindal Records) received critical acclaim from publications such as Mojo, Other Music, and Aquarium Drunkard. He has performed his music at venues and festivals internationally, sharing bills with artists such as Hauschka, Deerhoof, Dirty Projectors, Black Dice, and Yo La Tengo, and worked with a wide variety of musicians, including Grizzly Bear, Luke Temple (Here We Go Magic), Chris and Kurt Weisman, Kit Downes, and Hello Skinny. www.robertstillman.com

Born 1979 in Arequipa, Peru, and based in Churchtown, Dublin, Ireland, Seán Carpio is a multi-instrumentalist whose practice incorporates song, sound and improvisation. Since 2005 he has been active as a soloist in Europe and the USA, and to this date has featured on twenty recordings. Sean has collaborated with visual artists and practices in a number of contemporary art contexts and has performed, exhibited and undertaken residencies in a number of prestigious art venues including the Mattress Factory Art Museum in Pittsburgh, the Serpentine Gallery London, the MAC Belfast, Netwerk Centre for Contemporary Art Aalst, the Banff Centre Alberta, and the Model Arts Centre Sligo. Since 2006 he has been a member of the Project Arts Centre’s Project Catalyst, an initiative to present contemporary art to new and future audiences and through this initiative has premiered three newly commissioned suites of music. In 2013 he released his first album WoWos, “a determinist streak of nature loving excitability” (DIY Mag).  https://seancarpio.bandcamp.com/releases

Guitarist, sound artist and composer, Anders Holst is a part of the contemporary creative music scene in Denmark. He is continuously exploring the means of expression through sound, and seeking to disclose the many sonic and textural possibilities that his instrument holds. Recent works include his album Echoes Illuminating The Dark (Blackout Music), and a duo album with Mads Emil Nielsen (Clang records). He is also a member of the six piece electric guitar project ‘Cirklen’, and recently collaborated with Manuel Göttsching in an arrangement of his 1975 ‘Inventions for Electric Guitar’ for the ensemble. “In an evocative universe full of subdued poetry, Anders Holst breaks with the common guitar aesthetic to create his own expression” (Geiger) www.andersholst.dk

For all enquiries and bookings, please email  hello@robertstillman.com